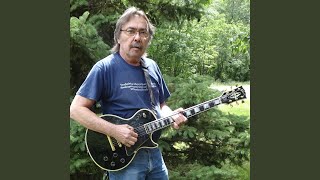 This version, inspired by the late Robert Williams, was recorded at Dave Beegle’s Dawghouse studio in Loveland, Colorado, in April 2018, by Tomas Hudlicky, Bob Williams, and Dave Beegle. Bob Williams and Dave Beegle edited the final version. I would like to dedicate this version to the memory of Bob Williams who passed away in May 2020. He was a great friend and a great musician. Below are the credits to all the people who participated in the production of this song.